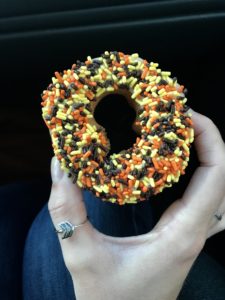 Cost: $
Features: ALL the donuts.
Good for: Locals, anyone with a sweet tooth.
Tip: Stick with the yeast donuts.

In my opinion, and a few others I’ve talked to, LaMar’s thrives in the yeast donut category, but not so much with cake donuts. In general, I personally prefer a plain glazed donut or long john. Cake donuts aren’t on my radar most of the time. However, I was sold on a cake donut with maple frosting and sprinkles at LaMar’s, which was fine, but not nearly as good as the plain, glazed donut I got.

If you go, I’d stick with any kind of yeast donut they have, but pass on the cake. 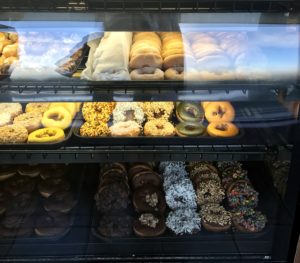 There are seven LaMar’s locations across the Kansas City metro. I’ve been to two LaMar’s locations in Kansas City, and expected them to be pretty similar. However, only one of them was big enough to have tables for people to sit. The second location on Johnson Drive was tiny, with enough room for the counter and a drink fridge. We ended up having a car picnic to enjoy our donuts and coffee. It didn’t bother us, but be prepared if you go with your family or a group. 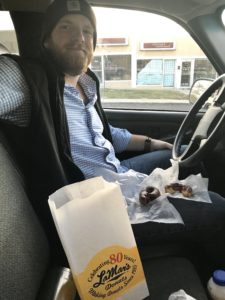 The History of LaMar’s Donuts

Ray Lamar’s interest in donuts began in 1933 at 17 years old. He was working at the Jack Frost Donuts Company where wholesale donuts were made in the morning and sold until midnight. By the early 1940s, Ray had introduced new flavors to the company, including devil’s food donuts, chocolate iced donuts and an apple spice donut.

After serving in World War II and a few years working as a stock broker, Ray returned to donuts. He opened the first LaMar’s Donuts in 1960 in a converted gas station (like Joe’s Kansas City!) in Kansas City, Missouri. Locals loved the homemade donuts so much that lines would form before 6am. 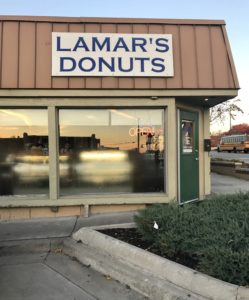 The success continued over the years, and in 1990, Ray LaMar and his wife franchised the company. Today, there are 25 locations in five states: Arizona, Colorado, Kansas, Missouri, and Nebraska.

Stop in for a donut, or bring a dozen in to work to share (your coworkers will appreciate it!). xx, Libbie. 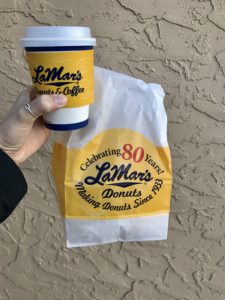