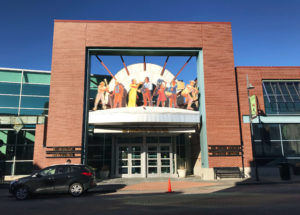 Cost: $
Good for: Jazz lovers.
Tip:  Get almost half price tickets on Groupon.

The American Jazz Museum preserves the history of American jazz and its impact on Kansas City. The museum features exhibits on Duke Ellington, Louis Armstrong, Ella Fitzgerald and more, and also has a functioning jazz club on site, The Blue Room.

About The American Jazz Museum

Located in the historic 18th & Vine Jazz District in Kansas City, MO, the American Jazz Museum showcases the sights and sounds of jazz and its history. 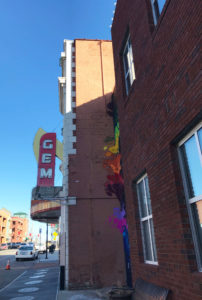 I visited the museum with my brother and mom. My brother who is in high school concert and jazz band, really enjoyed the museum. My mom and I weren’t as impressed. The museum is small, and while there are plenty of interactive spots to listen to jazz music, there wasn’t a lot to do beyond that. There were some cool pieces, like one of Louie Armstrong’s trumpets and a dress of Ella Fitzgerald’s. We were probably in and out within 45 minutes. 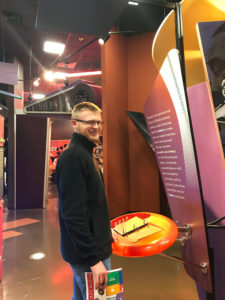 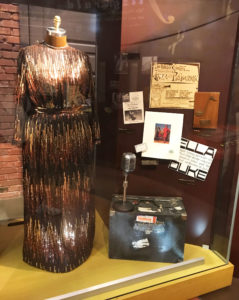 The museum shares space with the Negro League Baseball Museum and the Blue Room, a jazz club. The Blue Room has live jazz many nights, but during the day while we were there, it was empty. The club was probably my favorite part with photos of previous performers lining the walls and tributes to Kansas City Jazz.

Overall, the museum was fine. It isn’t a space you could enjoy over and over again like the Nelson-Atkins or WWI Museum, though those who like jazz, might enjoy it more. 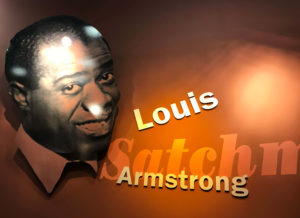 The History of Jazz in Kansas City

Like BBQ and fountains, Kansas City is known for jazz. Kansas City jazz was born in the 1920s, but flourished during the 1930s, mainly as a result of political boss Tom Pendergast. During the prohibition, Pendergast allowed alcohol to flow freely in Kansas City. Clubs ignored liquor laws and curfews, attracting musicians from across the country. 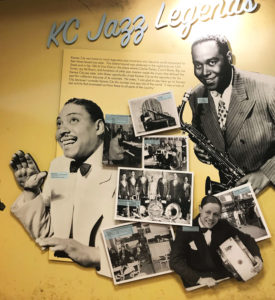 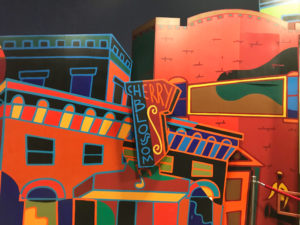 WWII would show the decline of jazz around the country, as many musicians were drafted to serve in the war. The genre resurged in the 70’s and is going strong in Kansas City today. With modern ‘speakeasies’ that feature live jazz regularly, like Green Lady Lounge and the Majestic, Kansas City continues to pay heritage to their jazz history in many ways. 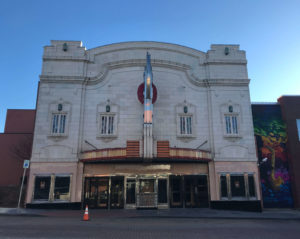 Make an afternoon of it and save some money with the two-museum combo pack. You can visit the American Jazz Museum and the Negro League Baseball Museum for just $15! xx, Libbie. 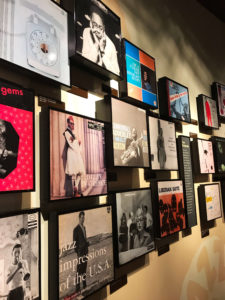